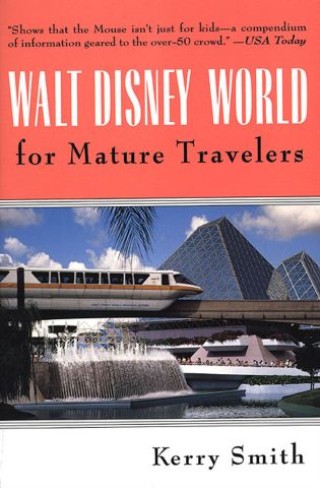 An irreverent yet authoritative guide to one of the world's most popular destinations, Kerry Smith's Walt Disney World for Mature Travelers (published in print in 1999) gives visitors the tools to make their own decisions and have the most enjoyable Disney vacation ever.

Of the millions of visitors to Walt Disney World each year, more than 15% are 50 or older - a market segment that is booming. This guide is geared to the traveler who measures the success of a vacation by how much he or she enjoys it, not the need to see and do everything. Includes:

* Food, lodging, rides and shows at the Magic Kingdom, Epcot Center, Disney-MGM Studios, Disney's Animal Kingdom, and other Disney attractions of interest to adults
* Golf, tennis, and other sports at Disney resorts, Universal Studios and other tourist draws in the Orlando, Florida area
* Special attention to issues of accessibility, varying levels of appeal to older travelers, layout, and convenience
*Advice on approaching the parks differently with or without children and grandchildren

**Note: Because this guide was originally published in 1999, some information may be outdated.**

KERRY SMITH is editor of Florida Retirement Lifestyles, a national magazine that focuses on Florida living and travel, and is a feature writer for The Disney Magazine.