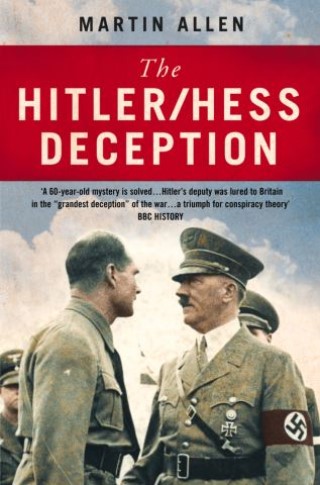 This edition does not include illustrations.At last, new archival discoveries reveal the truth about the German Deputy-Führer’s incredible solo flight to Britain in May 1941, and explain the British government’s sixty-year silence as to what the Hess mission was all about.On the night of 10 May 1941, in one of the most extraordinary and bizarre incidents of the Second World War, a Messerschmitt-110 crash-landed on a remote Scottish hillside. Its pilot, who had parachuted to safety, was Rudolf Hess, the Deputy-Führer of the German Reich. Hess’s remarkable solo flight was immediately dismissed in both Britain and Germany as the deranged act of a disordered mind. He was disowned by Hitler, and Winston Churchill’s government insisted that his unexpected arrival on British soil was of no lasting consequence.Nevertheless, the mysterious circumstances of the flight, and Hess’s unbroken silence during fifty subsequent years of imprisonment, have led to endless speculation as to his true motives. Until now, no one has found the crucial pieces of evidence which prove that a small group of men within the British government and intelligence services were in fact conducting a brilliantly clever plot which was not only to lead to Hess’s flight, but would also have a decisive impact on the course of the war.Martin Allen’s researches in archives in Britain, Germany and the United States have unearthed many documents previously undiscovered by historians. The details they reveal are explosive, and alter our perception not only of the conduct of the Second World War, but of the secret forces which shaped post-war Europe and global politics.

Martin Allen: Martin Allen was born in Caerphilly, South Wales, and spent his childhood in Cornwall before attending King’s College, Cardiff in the 1970s. He is the author of Hidden Agenda: How the Duke of Windsor Betrayed the Allies (Macmillan 2000).