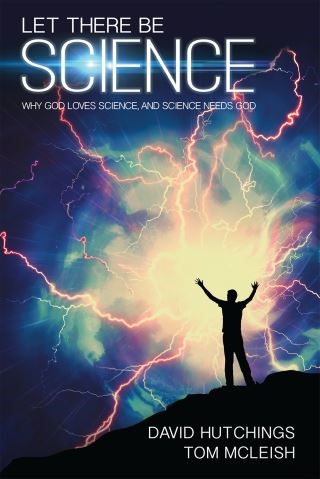 Let There Be Science: Why God loves science, and science needs God

Why is it that science has consistently thrived wherever the Christian faith can be found? Why is it that so many great scientists – past and present – attribute their motivation and their discoveries, at least partially, to their Christian beliefs? Why are the age-old writings of the Bible so full of questions about natural phenomena? And, perhaps most importantly of all, why is all this virtually unknown to the general public? Too often, it would seem, science has been presented to the outside world as a robotic, detached, unemotional enterprise. Too often, Christianity is dismissed as being an ancient superstition. In reality, neither is the case. Science is a deeply human activity, and Christianity is deeply reasonable. Perhaps this is why, from ancient times right up to today, many individuals have been profoundly committed to both – and have helped us to understand more and more about the extraordinary world that we live in. As authors Tom McLeish and David Hutchings examine the story of science, and look at the part that Christianity has played, they uncover a powerful underlying reason for doing science in the first place. In example after example, ranging from 4000 BC to the present day, they show that thinking with a Christian worldview has been intimately involved with, and sometimes even directly responsible for, some of the biggest leaps forward ever made. Ultimately, they portray a biblical God who loves Science – and a Science that truly needs God.

David Hutchings; Tom McLeish: David Hutchings studied Physics with Business Management at the University of York. He is a Physics teacher at Pocklington School and also trains teachers with the Yorkshire branch of the Institute of Physics. Tom McLeish is Professor of Physics at Durham University and also chairs the Royal Society’s education committee. He is also an Anglican lay reader and has written and spoken about issues in faith and science since he was a student. He has written Faith and Wisdom in Science (OUP 2014) and is a regular speaker at churches, universities, on media and festivals (Greenbelt 2015).