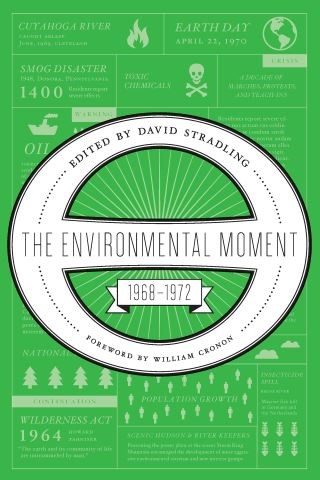 The Environmental Moment is a collection of documents that reveal the significance of the years 1968-1972 to the environmental movement in the United States. With material ranging from short pieces from the Whole Earth Catalog and articles from the Village Voice to lectures, posters, and government documents, the collection describes the period through the perspective of a diversity of participants, including activists, politicians, scientists, and average citizens. Included are the words of Rachel Carson, but also the National Review, Howard Zahniser on wilderness, Nathan Hare on the Black underclass. The chronological arrangement reveals the coincidence of a multitude of issues that rushed into public consciousness during a critical time in American history.