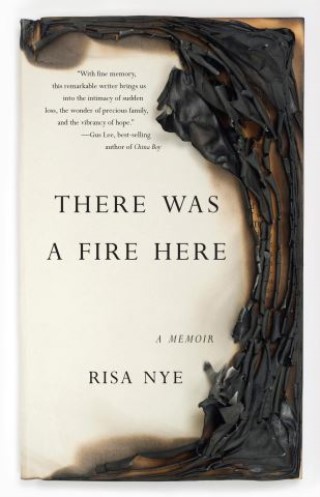 There Was A Fire Here

Less than a month before her 40th birthday, a devastating firestorm destroys Risa Nye’s home and neighborhood in Oakland, California. Already mourning the perceived loss of her youth, she now must face the loss of all tangible reminders of who she was before. There Was a Fire Here is the story of how Nye adjusts to the turning point that will forever mark the “before and after” in her life—and a chronicle of her attempts to honor the lost symbols of her past even as she struggles to create a new home for her family.

Risa Nye: Risa Nye lives and writes in Oakland,CA. Her essays and articles have appeared in a number of local,national,and online publications and anthologies,including Fine Homebuilding, The San Francisco Chronicle, Skirt!Magazine,You and Me Magazine, Hippocampus Magazine, Chicken Soup and Not Your Mother's Books, and Oh Sandy! She is co-editor of Writin' on Empty: Parents Reveal the Upside, Downside, and Everything in Between When Children Leave the Nest. She earned an MFA in Creative Nonfiction from Saint Mary's College. She blogs at www.risanye.com and writes a semimonthly column about cocktails under the name of Ms. Barstool for Berkeleyside.com. After a one-year blogging experiment, she wrote Zero to Sixty in One Year: An Easy Month-by-Month Guide to Writing Your Life Story. In her memoir, There Was a Fire Here, she details the events surrounding the devastating Oakland Hills firestorm of 1991 while sharing with the reader her recollections of what she lost and what she learned.