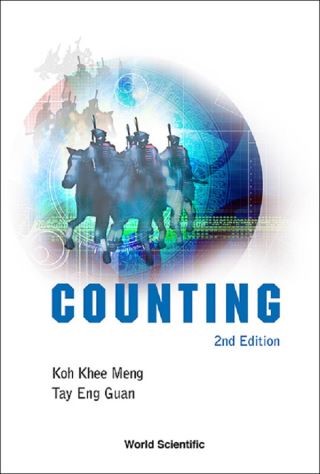 This book in its Second Edition is a useful, attractive introduction to basic counting techniques for upper secondary to undergraduate students, as well as teachers. Younger students and lay people who appreciate mathematics, not to mention avid puzzle solvers, will also find the book interesting. The various problems and applications here are good for building up proficiency in counting. They are also useful for honing basic skills and techniques in general problem solving. Many of the problems avoid routine and the diligent reader will often discover more than one way of solving a particular problem, which is indeed an important awareness in problem solving. The book thus helps to give students an early start to learning problem-solving heuristics and thinking skills.

New chapters originally from a supplementary book have been added in this edition to substantially increase the coverage of counting techniques. The new chapters include the Principle of Inclusion and Exclusion, the Pigeonhole Principle, Recurrence Relations, the Stirling Numbers and the Catalan Numbers. A number of new problems have also been added to this edition.

Contents:
Readership: Teachers and students in high/secondary schools and colleges, and those interested in combinatorics and graph theory.