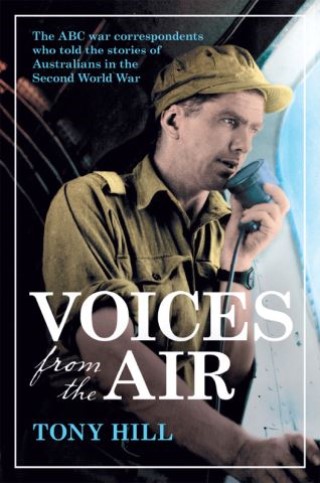 Voices From the Air

An untold tale of Australians at war: the first ABC war correspondents and how radio broadcast from the battlefields to those at home waiting for news.

With the outbreak of the Second World War, a new breed of reporters joined the ranks of war correspondents - and through the reach and power of radio Australians back home heard their voices and their stories shaped from the sounds of battle, out of the white noise of the ether.
Australian forces defended our long shoreline against the threat of invasion and more than 500,000 Australians went into battle overseas. They fought on the dusty soil of the Middle East and North Africa, in the snow-topped hills of Greece, on the beaches of the Pacific and in the sweltering jungles of Malaya and New Guinea. And the first ABC war correspondents were on the frontlines with them.
The story of these correspondents is a story of Australians at war and a tale of personal struggle, humour, tragedy and achievement. From Chester Wilmot's gripping accounts of the Siege of Tobruk to Dudley Leggett trekking with the diggers through the mud of the Kokoda Trail, Haydon Lennard helping to free Australian nurses from a Japanese prison camp and John Elliott's shocking death in the final campaign in Borneo, ABC correspondents shared the highs, lows and the dangers of the frontline with the troops. And the photographs of the correspondents in the field and the ephemera that has survived: the torn pages, blotted, crossed out and hastily typed scripts that are reproduced in the book bring these experiences to life.
Tony Hill's own experience as a foreign correspondent led him in search of the first ABC war correspondents and to a compelling and largely untold story. He is passionate about telling this story of the war; about a remarkable group of men and how they reported from the warfront; how they changed the reporting of war and how the war changed their lives.

Tony Hill: Tony Hill is the managing editor of ABC News 24, the ABC's television news channel. As an ABC foreign correspondent in Indo-China, South East Asia and the Middle East he covered stories such as Tiananmen Square and the first Gulf War. He was also head of the ABC's foreign news operations and its network of correspondents and overseas bureaus. He lives in Sydney.