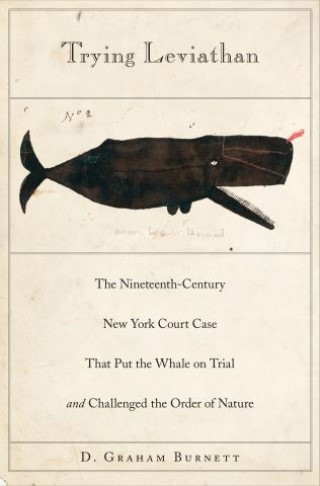 In Moby-Dick, Ishmael declares, "Be it known that, waiving all argument, I take the good old fashioned ground that a whale is a fish, and call upon holy Jonah to back me." Few readers today know just how much argument Ishmael is waiving aside. In fact, Melville's antihero here takes sides in one of the great controversies of the early nineteenth century--one that ultimately had to be resolved in the courts of New York City. In Trying Leviathan, D. Graham Burnett recovers the strange story of Maurice v. Judd, an 1818 trial that pitted the new sciences of taxonomy against the then-popular--and biblically sanctioned--view that the whale was a fish. The immediate dispute was mundane: whether whale oil was fish oil and therefore subject to state inspection. But the trial fueled a sensational public debate in which nothing less than the order of nature--and how we know it--was at stake. Burnett vividly recreates the trial, during which a parade of experts--pea-coated whalemen, pompous philosophers, Jacobin lawyers--took the witness stand, brandishing books, drawings, and anatomical reports, and telling tall tales from whaling voyages. Falling in the middle of the century between Linnaeus and Darwin, the trial dramatized a revolutionary period that saw radical transformations in the understanding of the natural world. Out went comfortable biblical categories, and in came new sorting methods based on the minutiae of interior anatomy--and louche details about the sexual behaviors of God's creatures.

When leviathan breached in New York in 1818, this strange beast churned both the natural and social orders--and not everyone would survive.

D. Graham Burnett: D. Graham Burnett is associate professor of history at Princeton University and an editor at Cabinet magazine. His books include Masters of All They Surveyed and A Trial by Jury.