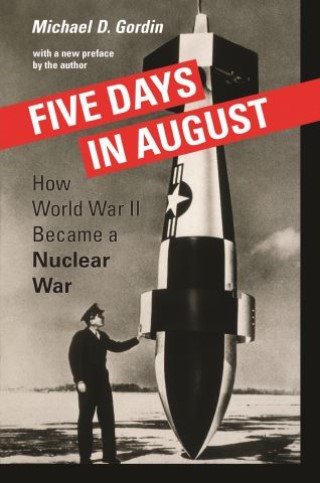 Most Americans believe that the Second World War ended because the two atomic bombs dropped on Japan forced it to surrender. Five Days in August boldly presents a different interpretation: that the military did not clearly understand the atomic bomb's revolutionary strategic potential, that the Allies were almost as stunned by the surrender as the Japanese were by the attack, and that not only had experts planned and fully anticipated the need for a third bomb, they were skeptical about whether the atomic bomb would work at all. With these ideas, Michael Gordin reorients the historical and contemporary conversation about the A-bomb and World War II.

Five Days in August explores these and countless other legacies of the atomic bomb in a glaring new light. Daring and iconoclastic, it will result in far-reaching discussions about the significance of the A-bomb, about World War II, and about the moral issues they have spawned.