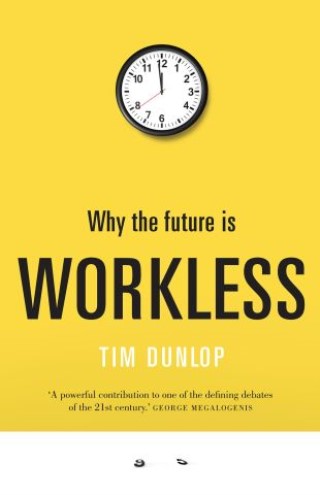 Why the Future Is Workless

Even as the robots gather on the near horizon this book argues we have choices about the manner in which we greet them. A world without work as we know it could be a good thing.The landscape of work is changing right in front of us, from Uber, Airbnb and the new share economy to automated vehicles, 3D printing and advanced AI. The question isn’t whether robots will take our jobs, but what we will do when they do. The era of full-time work is coming to an end and we have to stop holding out the false promise that at some magical moment the jobs are going to reappear. So what does our future in the brave new world of non-work look like? In this timely and provocative book, Tim Dunlop argues that by embracing the changes ahead we might even find ourselves better off. Workless goes beyond the gadgetry and hype to examine the social and political ramifications of work throughout history and into the future. It argues we need to think big now, not wait until we’re in a dystopian world of mass unemployment and wealth held in the hands of a minority.

Tim Dunlop: Tim Dunlop is a writer, academic, author and entrepreneur. He has a PhD in political philosophy, and has written extensively on politics, the media and the future of work. He has observed at close hand the casualization of workforces in journalism and universities and has been involved in a number of innovative businesses, including most recently, a new-media startup. He was the author of two of Australia's most successful political blogs, The Road to Surfdom and Blogocracy, and is the author of The New Front Page (Scribe 2013).