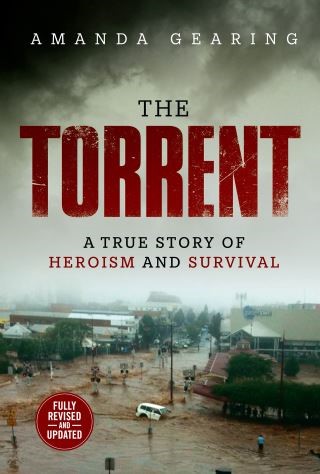 A True Story of Heroism and Survival

Six years on from Queensland's tragic 'inland tsunami', this new edition of The Torrent reconnects with the survivors at the heart of the catastrophe. On January 10, 2011, after weeks of heavy rain and as floodwaters began to overwhelm much of southeast Queensland, a 'wall of water' hit Toowoomba and the Lockyer Valley. The Torrent tells the extraordinary stories of survival and loss that emerged from that terrible day.

Amanda Gearing: Amanda Gearing is a Walkley Award-winning investigative journalist. She worked for the Courier-Mail from 1997-2007 based in Toowoomba before becoming a freelance print and radio journalist for media outlets including The Australian and ABC Radio National. Amanda completed a Master of Arts (Research) in 2012 and a PhD in global investigative journalism in 2016, both at Queensland University of Technology.