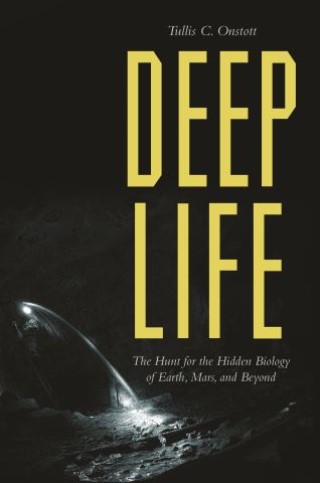 The Hunt for the Hidden Biology of Earth, Mars, and Beyond

The thrilling quest for subsurface life on Earth and other planets

Deep Life takes readers to uncharted regions deep beneath Earth's crust in search of life in extreme environments and reveals how astonishing new discoveries by geomicrobiologists are helping the quest to find life in the solar system.

Tullis Onstott, named one of the 100 most influential people in America by Time magazine, provides an insider’s look at the pioneering fieldwork that is shining vital new light on Earth’s hidden biology—a thriving subterranean biosphere that scientists once thought to be impossible. Come along on epic descents two miles underground into South African gold mines to experience the challenges that Onstott and his team had to overcome. Join them in their search for microbes in the ancient seabed below the desert floor in the American Southwest, and travel deep beneath the frozen wastelands of the Arctic tundra to discover life as it could exist on Mars.

Blending cutting-edge science with thrilling scientific adventure, Deep Life features rare and unusual encounters with exotic life forms, including a bacterium living off radiation and a hermaphroditic troglodytic worm that has changed our understanding of how complex subsurface life can really be. This unforgettable book takes you to the absolute limits of life—the biotic fringe—where today’s scientists hope to discover the very origins of life itself.