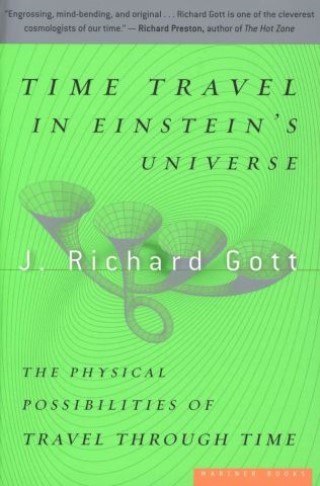 The Physical Possibilities of Travel Through Time

A Princeton astrophysicist explores whether journeying to the past or future is scientifically possible in this “intriguing” volume (Neil deGrasse Tyson).

It was H. G. Wells who coined the term “time machine”—but the concept of time travel, both forward and backward, has always provoked fascination and yearning. It has mostly been dismissed as an impossibility in the world of physics; yet theories posited by Einstein, and advanced by scientists including Stephen Hawking and Kip Thorne, suggest that the phenomenon could actually occur.

Building on these ideas, J. Richard Gott, a professor who has written on the subject for Scientific American, Time, and other publications, describes how travel to the future is not only possible but has already happened—and contemplates whether travel to the past is also conceivable. This look at the surprising facts behind the science fiction of time travel “deserves the attention of anyone wanting wider intellectual horizons” (Booklist).

“Impressively clear language. Practical tips for chrononauts on their options for travel and the contingencies to prepare for make everything sound bizarrely plausible. Gott clearly enjoys his subject and his excitement and humor are contagious; this book is a delight to read.” —Publishers Weekly