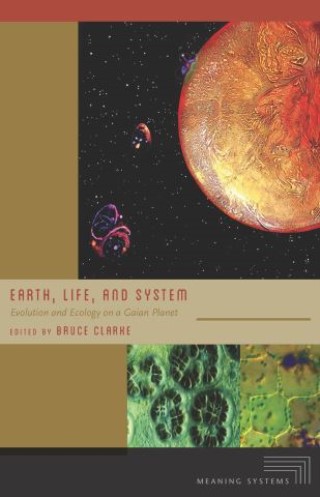 Evolution and Ecology on a Gaian Planet

Exploring the broad implications of evolutionary theorist Lynn Margulis’s work, this collection brings together specialists across a range of disciplines, from paleontology, molecular biology, evolutionary theory, and geobiology to developmental systems theory, archaeology, history of science, cultural science studies, and literature and science. Addressing the multiple themes that animated Margulis’s science, the essays within take up, variously, astrobiology and the origin of life, ecology and symbiosis from the microbial to the planetary scale, the coupled interactions of earthly environments and evolving life in Gaia theory and earth system science, and the connections of these newer scientific ideas to cultural and creative productions.

Dorion Sagan acquaints the reader with salient issues in Lynn Margulis’s scientific work, the controversies they raised, and the vocabulary necessary to follow the arguments. Sankar Chatterjee synthesizes several strands of current theory for the origin of life on earth. James Strick tells the intertwined origin stories of James Lovelock’s Gaia hypothesis and Margulis’s serial endosymbiosis theory. Jan Sapp explores the distinct phylogenetic visions of Margulis and Carl Woese. Susan Squier examines the epigenetics of embryologist and developmental biologist C. H. Waddington. Bruce Clarke studies the convergence of ecosystem ecology, systems theory, and science fiction between the 1960s and the 1980s. James Shapiro discusses the genome evolution that results not from random changes but rather from active cell processes. Susan Oyama shows how the concept of development balances an over-emphasis on genetic coding and other deterministic schemas. Christopher Witmore studies the ways in which a concentrated animal feeding operation, or CAFO, mixes up natural resources, animal lives, and human appetites. And Peter Westbroek brings the insights of earth system science toward a new worldview essential for a proper response to global change.

Bruce Clarke: Bruce Clarke is Paul Whitfield Horn Professor of Literature and Science and chair of the Department of English at Texas Tech University. His research focuses on nineteenth- and twentieth-century literature and science, with special interests in systems theory, narrative theory, and ecology. In 2010–11 he was senior fellow at the International Research Institute for Cultural Technologies and Media Philosophy, Bauhaus-University Weimar. His books are Allegories of Writing (1995), Dora Marsden and Early Modernism (1996), Energy Forms (2001), Posthuman Metamorphosis (2008), and Neocybernetics and Narrative (2014). He has coedited From Energy to Information (2002), Emergence and Embodiment (2009), and the Routledge Companion to Literature and Science (2010). He is now writing a cultural history of the American locations, transnational authors, and key concepts of the systems discourses gathered in the Whole Earth Catalog and CoEvolution Quarterly.