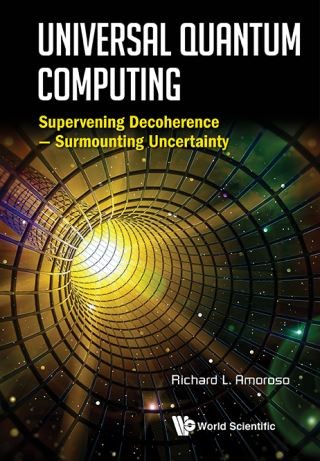 This breakthrough volume touts having dissolved the remaining barriers to implementing Bulk Universal Quantum Computing (UQC), and as such most likely describes the most advanced QC development platform. Numerous books, hundreds of patents, thousands of papers and a Googolplex of considerations fill the pantheon of QC R&D. Of late QC mathemagicians claim QCs already exist; but by what chimeric definition. Does flipping a few qubits in a logic gate without an algorithm qualify as quantum computing? In physics, theory bears little weight without rigorous experimental confirmation, less if new, radical or a paradigm shift. This volume develops quantum computing based on '3rd regime' physics of Unified Field Mechanics (UFM). What distinguishes this work from a myriad of other avenues to UQC under study? Virtually all R&D paths struggle with technology and decoherence. If highly favored room-sized cryogenically cooled QCs ever become successful, they would be reminiscent of the city block-sized Eniac computer of 1946. The QC prototype proposed herein is room temperature and tabletop. It is dramatically different in that it is not confined to the limitations of quantum mechanics; since it is based on principles of UFM the Uncertainty Principle and Decoherence no longer apply. Thus this QC model could be implemented on any other quantum platform!