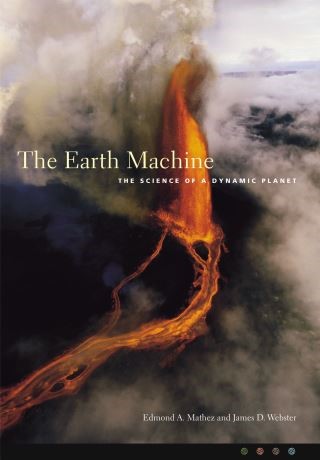 The Science of a Dynamic Planet

From the scorching center of Earth's core to the outer limits of its atmosphere, from the gradual process of erosion that carved the Grand Canyon to the earth-shaking fury of volcanoes and earthquakes, this fascinating book—inspired by the award-winning Hall of Planet Earth at New York City's American Museum of Natural History—tells the story of the evolution of our planet and of the science that makes it work. With the same exuberance and expertise they brought to the creation of the Hall of Planet Earth, co-curators Edmond A. Mathez and James D. Webster offer a guided tour of Earth's dynamic, 4.6-billion-year history.

Including numerous full-color photographs of the innovative exhibit and helpful, easy-to-understand illustrations, the authors explore the major factors in our planet's evolution: how Earth emerged from the swirling dusts of a nascent solar system; how an oxygen-rich, life-sustaining atmosphere developed; how continents, mountain ranges, and oceans formed; and how earthquakes and volcanic eruptions alter Earth's surface. Traversing geologic time and delving into the depths of the planet-—beginning with meteorites containing minuscule particles that are the solar system's oldest known objects, and concluding with the unusual microbial life that lives on the chemical and thermal energy produced by sulfide vents in the ocean floor—The Earth Machine provides an up-to-date overview of the central theories and discoveries in earth science today. By incorporating stories of real-life fieldwork, Mathez and Webster explain how Earth is capable of supporting life, how even the smallest rocks can hold the key to explaining the formation of mountains, and how scientists have learned to read nature's subtle clues and interpret Earth's ever-evolving narrative.