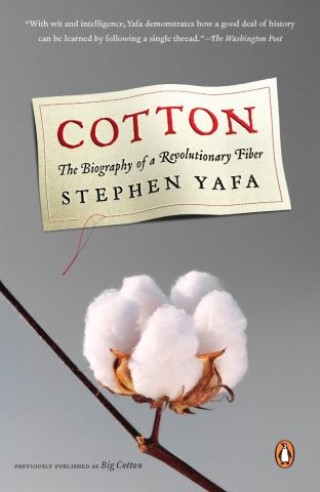 The Biography of a Revolutionary Fiber

In the tradition of Mark Kurlansky's Cod and Salt, this endlessly revealing book reminds us that the fiber we think of as ordinary is the world's most powerful cash crop, and that it has shaped the destiny of nations. Ranging from its domestication 5,500 years ago to its influence in creating Calvin Klein's empire and the Gap, Stephen Yafa's Cotton gives us an intimate look at the plant that fooled Columbus into thinking he'd reached India, that helped start the Industrial Revolution as well as the American Civil War, and that made at least one bug—the boll weevil—world famous. A sweeping chronicle of ingenuity, greed,  conflict, and opportunism, Cotton offers "a barrage of fascinating information" (Los Angeles Times).