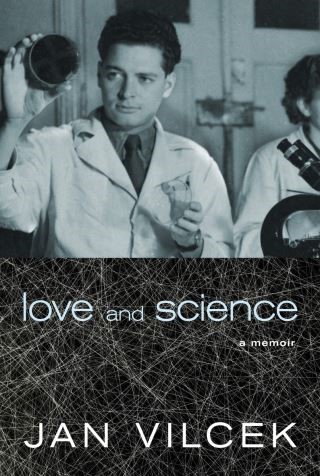 Long before he became one of the world's most celebrated immunologists, Jan Vilcek began life in Slovakia as the child of Jewish parents at a time when Jews were being exterminated all across Europe. He owes his and his mother’s survival to the courage of brave people and good luck. As a young man growing up in Czechoslovakia in the aftermath of the Second World War, Vilcek went to medical school and chose a career in virology and immunology at a time when these fields were still in their infancy. While still in his twenties he published a paper in the prestigious journal Nature, and he hosted the first international conference on interferon. Fleeing Communist Czechoslovakia with his wife Marica, Vilcek continued his research at NYU School of Medicine, going on to establish a highly successful career in biomedical research, and creating one of the most important and trailblazing medicines of our age.

After his arrival in the US in 1965 as a penniless refugee, he soon went on to spearhead some of the key advances in the research of interferon that enabled its therapeutic application, and through his research into tumor necrosis factor (TNF) made advances that led to the discovery of new genes and proteins and signaling pathways, opening up previously uncharted areas of medical innovation that have led to important new treatments for a wide range of autoimmune and inflammatory diseases. Along the way Vilcek acquired material wealth he had never aspired to, catapulting him into the world of philanthropy.

Love and Science shows how advances in science sometimes result from the greatest disappointments, and how achievement in medical research is usually a team effort, where ideas are shared, where friendship and love sometimes matter most and serendipity is as important as a will to succeed—and where, over time, the least expected thing sometimes becomes the most important. In Vilcek's case the vaunted cure for cancer that many saw in TNF never materialized. However, out of the ashes of that hope came many related treatments that have changed countless lives and alleviated much suffering.

Jan Vilcek: JAN T. VILCEK is professor of Microbiology at NYU Langone Medical Center. Born in Bratislava, Slovakia (then Czechoslovakia), where he also earned his MD and PhD degrees, Vilcek together with his wife, Marica Vilcek, an art historian, immigrated to the US in 1965 where he joined the faculty of NYU School of Medicine. He is among the earliest researchers of interferon, an important immune system protein. Dr. Vilcek's contributions to the understanding of proteins that control the body's defenses were instrumental in the development of the anti-inflammatory drug Remicade®, the first member of a new class therapeutics called TNF blockers that are now widely used for the treatment of Crohn's disease, ulcerative colitis, rheumatoid arthritis, psoriasis and other chronic inflammatory disorders. Dr. Vilcek has published more than 350 scholarly papers, and written or edited several professional books. He is also named as co-inventor on 38 U.S. patents. For his discoveries and his philanthropy, Vilcek received a 2013 National Medal of Technology and Innovation from President Obama.