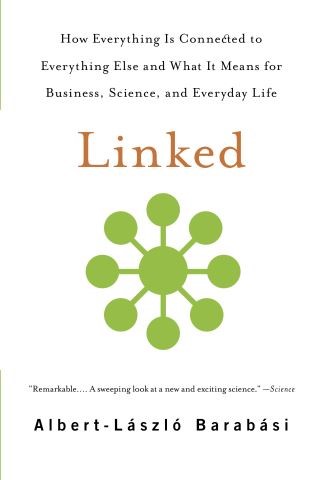 How Everything Is Connected to Everything Else and What It Means for Business, Science, and Everyday Life

The best-selling guide to network science, the revolutionary field that reveals the deep links between all forms of human social life
A cocktail party. A terrorist cell. Ancient bacteria. An international conglomerate. All are networks, and all are a part of a surprising scientific revolution. In Linked, Albert-László Barabási, the nation's foremost expert in the new science of networks, takes us on an intellectual adventure to prove that social networks, corporations, and living organisms are more similar than previously thought. Barabási shows that grasping a full understanding of network science will someday allow us to design blue-chip businesses, stop the outbreak of deadly diseases, and influence the exchange of ideas and information. Just as James Gleick and the Erdos-Rényi model brought the discovery of chaos theory to the general public, Linked tells the story of the true science of the future and of experiments in statistical mechanics on the internet, all vital parts of what would eventually be called the Barabási-Albert model.