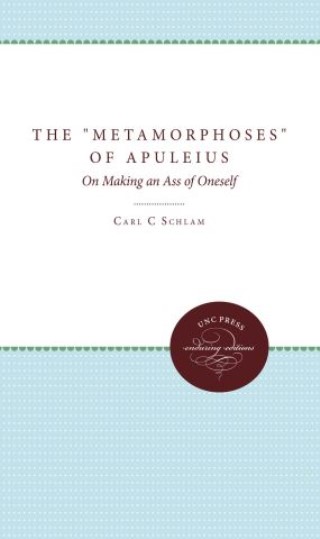 The Metamorphoses of Apuleius

On Making an Ass of Oneself

This book examines the comic and philosophical aspects of Apuleius' Metamorphoses, the ancient Roman novel also known as The Golden Ass. The tales that comprise the novel, long known for their bawdiness and wit, describe the adventures of Lucius, a man who is transformed into an ass. Carl Schlam argues that the work cannot be seen as purely comic or wholly serious; he says that the entertainment offered by the novel includes a vision of the possibilities of grace and salvation.

Many critics have seen a discontinuity between the comedic aspects of the first ten tales and the more elevated account in the eleventh of the initiation of Lucius into the cult of Isis. But Schlam uncovers patterns of narrative and a thematic structure that give coherence to the adventures of Lucius and to the diversity of tales embedded in the principal narrative. Schlam sees a single seriocomic purpose pervading the narrative, which is marked by elements of burlesque as well as intimations of an ethical religious purpose.

As Schlam points out, however, the world of second-century Rome cannot easily be divided into the sacred and the secular. Such neat distinctions were largely unknown in the ancient world, and Apuleius' tales are a part of a tradition, flowing from Homer, that addressed both religious and philosophical issues.

Carl C. Schlam: Carl C. Schlam, professor of classics at Ohio Sate University, is author of Cupid and Psyche: Apuleius and the Monuments.