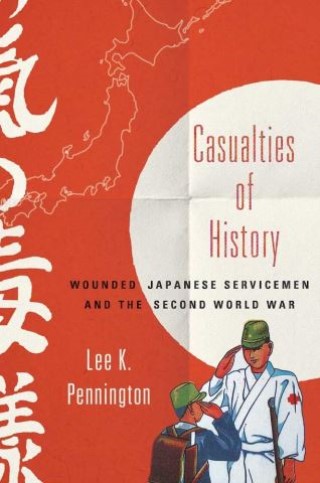 Thousands of wounded servicemen returned to Japan following the escalation of Japanese military aggression in China in July 1937. Tens of thousands would return home after Japan widened its war effort in 1939. In Casualties of History, Lee K. Pennington relates for the first time in English the experiences of Japanese wounded soldiers and disabled veterans of Japan’s "long" Second World War (from 1937 to 1945). He maps the terrain of Japanese military medicine and social welfare practices and establishes the similarities and differences that existed between Japanese and Western physical, occupational, and spiritual rehabilitation programs for war-wounded servicemen, notably amputees. To exemplify the experience of these wounded soldiers, Pennington draws on the memoir of a Japanese soldier who describes in gripping detail his medical evacuation from a casualty clearing station on the front lines and his medical convalescence at a military hospital.

Moving from the hospital to the home front, Pennington documents the prominent roles adopted by disabled veterans in mobilization campaigns designed to rally popular support for the war effort. Following Japan’s defeat in August 1945, U.S. Occupation forces dismantled the social welfare services designed specifically for disabled military personnel, which brought profound consequences for veterans and their dependents. Using a wide array of written and visual historical sources, Pennington tells a tale that until now has been neglected by English-language scholarship on Japanese society. He gives us a uniquely Japanese version of the all-too-familiar story of soldiers who return home to find their lives (and bodies) remade by combat.