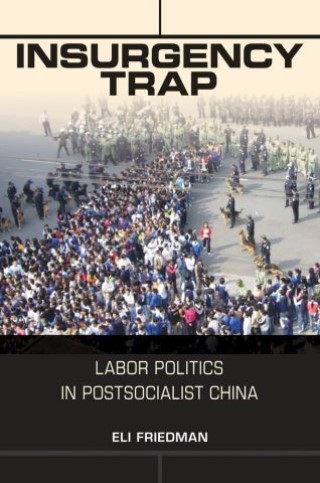 During the first decade of the twenty-first century, worker resistance in China increased rapidly despite the fact that certain segments of the state began moving in a pro-labor direction. In explaining this, Eli Friedman argues that the Chinese state has become hemmed in by an "insurgency trap" of its own devising and is thus unable to tame expansive worker unrest. Labor conflict in the process of capitalist industrialization is certainly not unique to China and indeed has appeared in a wide array of countries around the world. What is distinct in China, however, is the combination of postsocialist politics with rapid capitalist development.Other countries undergoing capitalist industrialization have incorporated relatively independent unions to tame labor conflict and channel insurgent workers into legal and rationalized modes of contention. In contrast, the Chinese state only allows for one union federation, the All China Federation of Trade Unions, over which it maintains tight control. Official unions have been unable to win recognition from workers, and wildcat strikes and other forms of disruption continue to be the most effective means for addressing workplace grievances. In support of this argument, Friedman offers evidence from Guangdong and Zhejiang provinces, where unions are experimenting with new initiatives, leadership models, and organizational forms.