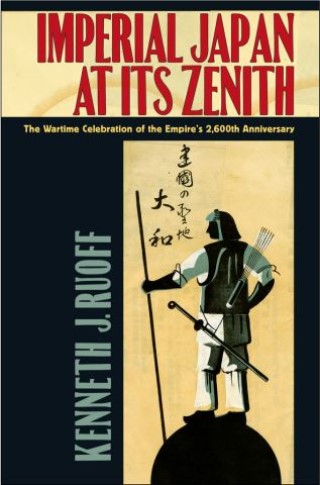 Imperial Japan at Its Zenith

The Wartime Celebration of the Empire's 2,600th Anniversary

In 1940, Japan was into its third year of war with China, and relations with the United States were deteriorating, but it was a heady time for the Japanese nonetheless. That year, the Japanese commemorated the 2,600th anniversary of the founding of the Empire of Japan. According to the imperial myth-history, Emperor Jimmu, descended from the Sun Goddess Amaterasu, established the "unbroken imperial line" in 660 BCE.

In carefully choreographed ceremonies throughout the empire, through new public monuments, with visual culture, and through heritage tourism, the Japanese celebrated the extension of imperial rule under the 124th emperor, Hirohito. These celebrations, the climactic moment for the ideology that was central to modern Japan's identity until the imperial cult's legitimacy was bruised by defeat in 1945, are little known outside Japan.

Imperial Japan at Its Zenith, the first book in English about the 2,600th anniversary, examines the themes of the celebration and what they tell us about Japan at mid-century. Kenneth J. Ruoff emphasizes that wartime Japan did not reject modernity in favor of nativist traditionalism. Instead, like Nazi Germany and Fascist Italy, it embraced reactionary modernism. Ruoff also highlights the role played by the Japanese people in endorsing and promoting imperial ideology and expansion, documenting the significant grassroots support for the cult of the emperor and for militarism.

Ruoff uses the anniversary celebrations to examine Japan's invention of a national history; the complex relationship between the homeland and the colonies; the significance of Imperial Japan's challenge to Euro-American claims of racial and cultural superiority; the role of heritage tourism in inspiring national pride; Japan's wartime fascist modernity; and, with a chapter about overseas Japanese, the boundaries of the Japanese nation. Packed with intriguing anecdotes, incisive analysis, and revelatory illustrations, Imperial Japan at Its Zenith is a major contribution to our understanding of wartime Japan.