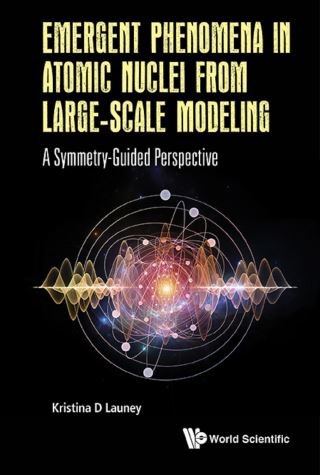 This book is a unique collection of reviews that share a common topic, emergent phenomena in atomic nuclei, while revealing the multifaceted nature of the subject, from quarks to heavy nuclei. It tells an amazing story of a decades-long journey of trials and successes, up to present days, with the aim to understand the vast array of experimental data and the fundamentals of strongly interacting fermions. The emphasis is on discovering emergent orderly patterns amidst the overarching complexity of many-particle quantum-mechanical systems. Recent findings are discussed within an interesting framework: a combination of nuclear theory and experiment, of group theory and computational science, and of pivotal models of astonishing simplicity and state-of-the-art models empowered by supercomputers.

A special theme resonates throughout the book: the important role of symmetries, exact and approximate, in exposing emergent features and guiding large-scale nuclear modeling. World-renowned experts offer their unique perspective on symmetries in the world of quarks and gluons, and that of protons and neurons — from chiral symmetry, through spin-isospin and quasi-spin symmetries, to symplectic symmetry, — as well as on the emergent nature of nuclear collectivity, clustering, and pairing, viewed from spectroscopy, microscopic considerations, and first principles. The book provides an excellent foundation that allows researchers and graduate students in physics and applied mathematics to review the current status of the subject, and to further explore the research literature through exhaustive sets of references that also point to studies underpinned by similar techniques in condensed matter and atomic physics along with quantum information.