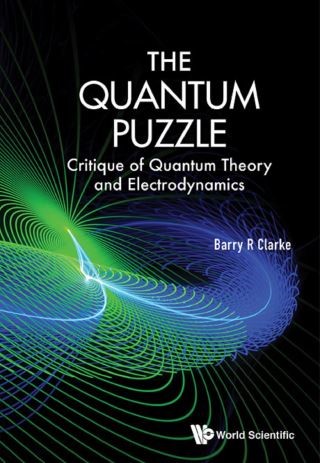 Quantum Puzzle, The: Critique Of Quantum Theory And Electrodynamics

Critique of Quantum Theory and Electrodynamics

In 1861, James Clerk–Maxwell published Part II of his four-part series "On physical lines of force". In it, he attempted to construct a vortex model of the magnetic field but after much effort neither he, nor other late nineteenth century physicists who followed him, managed to produce a workable theory. What survived from these attempts were Maxwell's four equations of electrodynamics together with the Lorentz force law, formulae that made no attempt to describe an underlying reality but stood only as a mathematical description of the observed phenomena. When the quantum of action was introduced by Planck in 1900 the difficulties that had faced Maxwell's generation were still unresolved. Since then theories of increasing mathematical complexity have been constructed to attempt to bring the totality of phenomena into order with little success. This work examines the problems that had been abandoned long before quantum mechanics was formulated in 1925 and argues that these issues need to be revisited before real progress in the quantum theory of the electromagnetic field can be made.