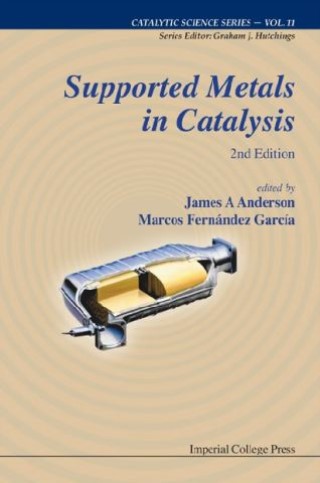 With contributions from experts in supported metal catalysis from both the industry and academia, this book presents the latest developments in characterization and application of supported metals in heterogeneous catalysis. In addition to thorough and updated coverage of the traditional aspects of heterogeneous catalysis such as preparation, characterization and use in well-established technologies such as vehicle emission control, the book also includes emerging areas where supported metal catalysis will make significant contributions to future developments, such as fuel cells and fine chemicals synthesis.The second edition of Supported Metals in Catalysis comes complete with new and updated chapters containing important summaries of research in a rapidly evolving field. Very few other books deal with this highly pertinent subject matter and, as such, it is a must-have for anyone working in the field of heterogeneous catalysis.