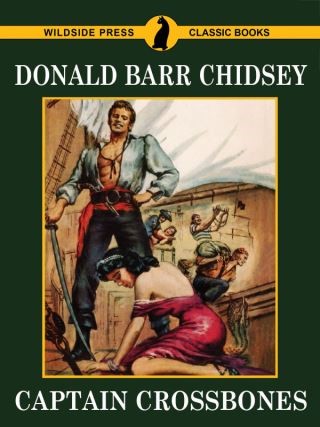 When George Rounsivel's pirate band captured the niece of the Governor of the Bahamas, that young American buccaneer was in a jam. For he already shared his cabin with a jealous pirate wench who would slip a dagger into him the instant he looked at another woman.

Yet he couldn't throw this blue-blooded captive to the lustful arms of the crew. For as a sea-wolf, Rounsivel was sailing under false colors -- and a single word of this from the governor's niece would leave him at the end of a shaky plank!

CAPTAIN CROSSBONES is Donald Barr Chidsey at his adventurous best!