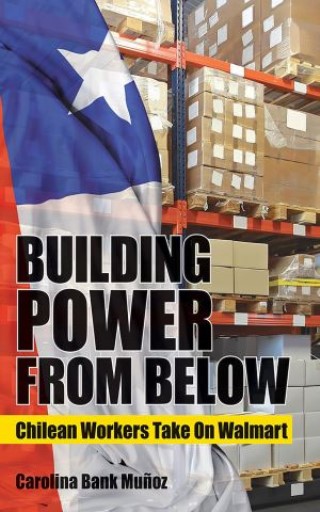 Building Power from Below

A story that involves as its main players "workers" and "Walmart" does not usually have a happy ending for labor, so the counternarrative offered by Building Power from Below is must reading for activists and union personnel as well as scholars. In 2008 Walmart acquired a controlling share in a large supermarket chain in Santiago, Chile. As part of the deal Walmart had to accept the unions that were already in place. Since then, Chilean retail and warehouse workers have done something that has seemed impossible for labor in the United States: they have organized even more successful unions and negotiated unprecedented contracts with Walmart.

In Building Power from Below, Carolina Bank Muñoz attributes Chilean workers’ success in challenging the world’s largest corporation to their organizations’ commitment to union democracy and building strategic capacity. Chilean workers have spent years building grassroots organizations committed to principles of union democracy. Retail workers’ unions have less structural power, but have significant associational and symbolic power. Their most notable successes have been in fighting for respect and dignity on the job. Warehouse workers by contrast have substantial structural power and have achieved significant economic gains. While the model in Chile cannot necessarily be reproduced in different countries, we can gain insights from the Chilean workers’ approaches, tactics, and strategies.