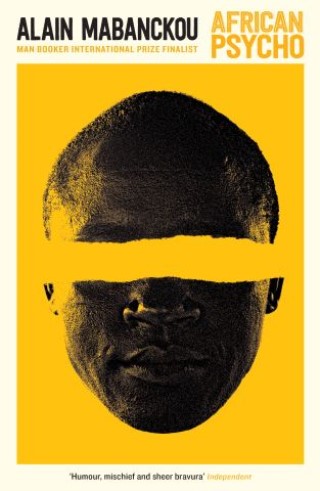 Gregoire Nakobomayo, a petty criminal, has decided to kill his girlfriend Germaine. He's planned the crime for some time, but still, the act of murder requires a bit of psychological and logistical preparation. Luckily, he has a mentor to call on, the far more accomplished serial killer Angoualima. The fact that Angoualima is dead doesn't prevent Gregoire from holding lengthy conversations with him. Little by little, Gregoire interweaves Angoualima's life and criminal exploits with his own.

Continuing with the plan despite a string of botched attempts, Gregoire's final shot at offing Germaine leads to an abrupt unravelling. Lauded in France for its fresh and witty style, African Psycho's inventive use of language surprises and relieves the reader by sending up this disturbing subject.

Alain Mabanckou was born in 1966 in the Congo. He currently lives in LA, where he teaches literature at UCLA. He is the author of six volumes of poetry and six novels. He is the winner of the Grand Prix de la Litt�rature 2012, and has received the Subsaharan African Literature Prize and the Prix Renaudot. He was selected by the French journal Lire as one of the fifty writers to watch out for this coming century. His previous books include African Psycho (9781846686412), Broken Glass (9781846688157), Memoirs of a Porcupine (9781846687686) and Black Bazaar(9781846687778). In 2015 he was listed as a finalist for the Man Booker International Prize.
http://www.alainmabanckou.com/