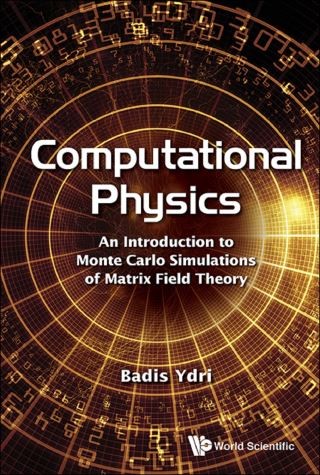 An Introduction to Monte Carlo Simulations of Matrix Field Theory

This book is divided into two parts. In the first part we give an elementary introduction to computational physics consisting of 21 simulations which originated from a formal course of lectures and laboratory simulations delivered since 2010 to physics students at Annaba University. The second part is much more advanced and deals with the problem of how to set up working Monte Carlo simulations of matrix field theories which involve finite dimensional matrix regularizations of noncommutative and fuzzy field theories, fuzzy spaces and matrix geometry. The study of matrix field theory in its own right has also become very important to the proper understanding of all noncommutative, fuzzy and matrix phenomena. The second part, which consists of 9 simulations, was delivered informally to doctoral students who were working on various problems in matrix field theory. Sample codes as well as sample key solutions are also provided for convenience and completeness.