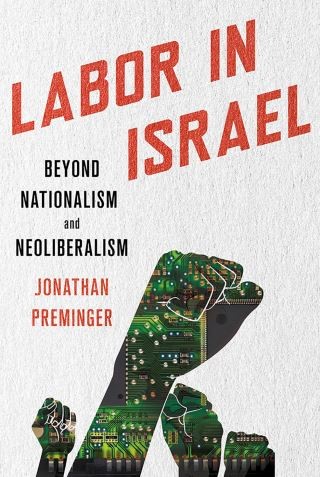 Beyond Nationalism and Neoliberalism

Using a comprehensive analysis of the wave of organizing that swept the country starting in 2007, Labor in Israel investigates the changing political status of organized labor in the context of changes to Israel’s political economy, including liberalization, the rise of non-union labor organizations, the influx of migrant labor, and Israel’s complex relations with the Palestinians. Through his discussion of organized labor’s relationship to the political community and its nationalist political role, Preminger demonstrates that organized labor has lost the powerful status it enjoyed for much of Israel’s history. Despite the weakening of trade unions and the Histadrut, however, he shows the ways in which the fragmentation of labor representation has created opportunities for those previously excluded from the labor movement regime.

Organized labor is now trying to renegotiate its place in contemporary Israel, a society that no longer accepts labor’s longstanding claim to be the representative of the people. As such, Preminger concludes that organized labor in Israel is in a transitional and unsettled phase in which new marginal initiatives, new organizations, and new alliances that have blurred the boundaries of the sphere of labor have not yet consolidated into clear structures of representation or accepted patterns of political interaction.