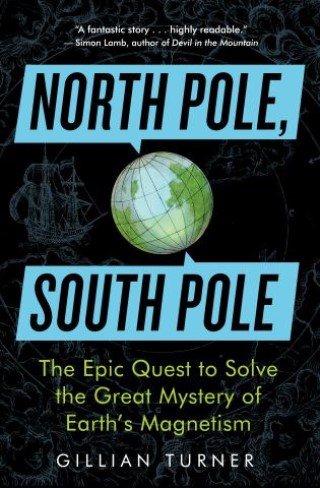 The Epic Quest to Solve the Great Mystery of Earth's Magnetism

This “fantastic story” of one of physics’ great riddles takes us through centuries of scientific history (Simon Lamb, author of Devil in the Mountain).

Why do compass needles point north—but not quite north? What guides the migration of birds, whales, and fish across the world’s oceans? How is Earth able to sustain life under an onslaught of solar wind and cosmic radiation? For centuries, the world’s great scientists have grappled with these questions, all rooted in the same phenomenon: Earth’s magnetism.

Over two thousand years after the invention of the compass, Einstein called the source of Earth’s magnetic field one of greatest unsolved mysteries of physics. Here, for the first time, is the complete history of the quest to understand the planet’s attractive pull—from the ancient Greeks’ fascination with lodestone to the geological discovery that the North Pole has not always been in the North—and to the astonishing modern conclusions that finally revealed the true source.

Richly illustrated and skillfully told, North Pole, South Pole unfolds the human story behind the science: that of the inquisitive, persevering, and often dissenting thinkers who unlocked the secrets at our planet’s core.

“In recent years, many very good books for interested non-scientists have been published: Richard Dawkins’s Climbing Mount Improbable and The Ancestor’s Tale, Stephen Jay Gould’s The Lying Stones of Marrakech, and Dava Sobel’s Longitude and The Planets, to name some of them. North Pole, South Pole . . . is a worthy addition to that list . . . Turner has a great story to tell, and she tells it well.” —The Press (New Zealand)