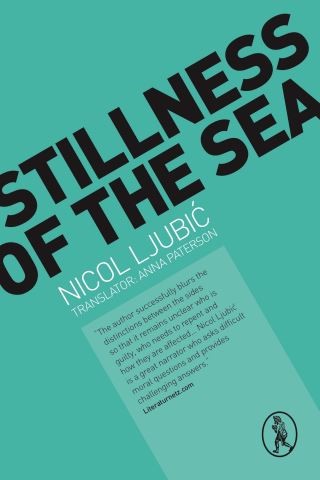 Stillness of the Sea

The still surface of a sea is both menacing and calmly beautiful: a perfect metaphor for this reflective novel. The narrator’s unassuming, thoughtful voice dampens but cannot conceal the forces driving his story of love and war and the boundless suffering of innocents. The narrator is a young historian, preoccupied with a case on trial at the International Criminal Tribunal for the Former Yugoslavia in The Hague. The prosecution argues that the Serb defendant played an active part in the incarceration and later death by arson of a Muslim family during the Balkan civil war. As witnesses are cross-examined and scrutinised by the narrator, perspectives on the accused shift between the extremes of a crazed killer and a pitiable man of peace, deranged by abnormal pressures. But we gradually learn that the present-day trial does insufficient justice to the past. While the narrator tells us through long flashbacks about his love for the possible war criminal’s daughter, we come to understand more of the agonies suffered by everyone touched by the crucial incident — this murder of an extended family. The connection between his trial reports and his recollections is inexplicable at first, but gradually open up yet another perspective on the case of his beloved Ana’s father. The love affair is moving and utterly believable: charming at first, then intense and finally ripped apart by the conflict between the past and the present. The darkness inside Ana, so young and pretty and happy, stems from a wartime incident in which she, too, was violated. The end, which cannot be revealed, is an exquisite balance between bitter realism and forgiveness: Nicol Ljubic’s book is an outstanding achievement in human as well as literary terms.