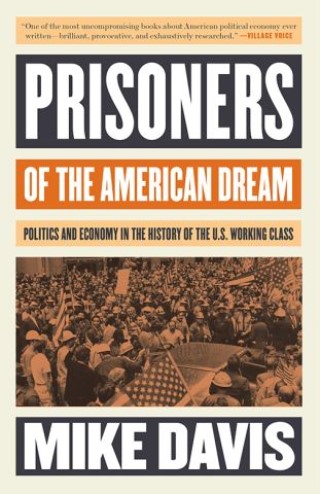 Prisoners of the American Dream

Politics and Economy in the History of the US Working Class

Prisoners of the American Dream is Mike Davis’s brilliant exegesis of a persistent and major analytical problem for Marxist historians and political economists: Why has the world’s most industrially advanced nation never spawned a mass party of the working class? This series of essays surveys the history of the American bourgeois democratic revolution from its Jacksonian beginnings to the rise of the New Right and the re-election of Ronald Reagan, concluding with some bracing thoughts on the prospects for progressive politics in the United States.

Mike Davis is the author of several books including City of Quartz, The Monster at Our Door, Buda’s Wagon, and Planet of Slums. He is the recipient of the MacArthur Fellowship and the Lannan Literary Award. He lives in San Diego.