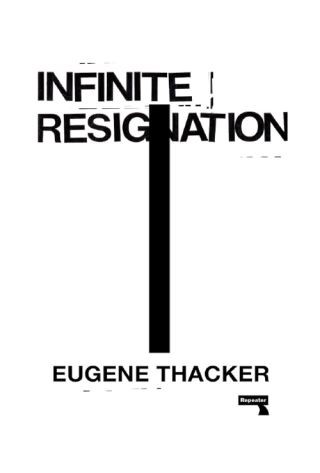 A collection of aphorisms, fragments, and observations on philosophy and pessimism.

Composed of aphorisms, fragments, and observations both philosophical and personal, Eugene Thacker’s Infinite Resignation traces the contours of pessimism, caught as it is between a philosophical position and a bad attitude. By turns melancholic, misanthropic, and tinged with gallows humor, Thacker’s writing tenuously hovers over that point at which the thought of futility becomes the futility of thought.

Eugene Thacker: Eugene Thacker is the author of several books, including In the Dust of This Planet. He is Professor at The New School in New York City.