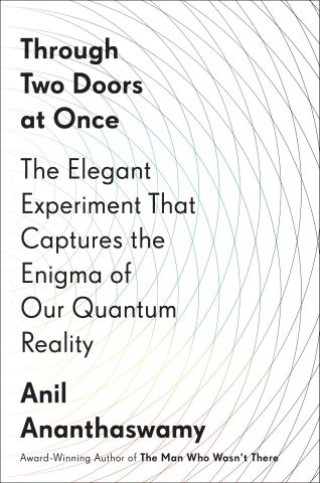 Through Two Doors at Once

The Elegant Experiment That Captures the Enigma of Our Quantum Reality

The intellectual adventure story of the "double-slit" experiment, showing how a sunbeam split into two paths first challenged our understanding of light and then the nature of reality itself--and continues to almost 200 years later.

Many of science's greatest minds have grappled with the simple yet elusive "double-slit" experiment. Thomas Young devised it in the early 1800s to show that light behaves like a wave, and in doing so opposed Isaac Newton. Nearly a century later, Albert Einstein showed that light comes in quanta, or particles, and the experiment became key to a fierce debate between Einstein and Niels Bohr over the nature of reality. Richard Feynman held that the double slit embodies the central mystery of the quantum world. Decade after decade, hypothesis after hypothesis, scientists have returned to this ingenious experiment to help them answer deeper and deeper questions about the fabric of the universe.

How can a single particle behave both like a particle and a wave? Does a particle exist before we look at it, or does the very act of looking create reality? Are there hidden aspects to reality missing from the orthodox view of quantum physics? Is there a place where the quantum world ends and the familiar classical world of our daily lives begins, and if so, can we find it? And if there's no such place, then does the universe split into two each time a particle goes through the double slit?

With his extraordinarily gifted eloquence, Anil Ananthaswamy travels around the world and through history, down to the smallest scales of physical reality we have yet fathomed. Through Two Doors at Once is the most fantastic voyage you can take.

Anil Ananthaswamy: Anil Ananthaswamy is an award-winning journalist and former staff writer and deputy news editor for the London-based New Scientist magazine. He has been a guest editor for the science writing program at the University of California, Santa Cruz, and organizes and teaches an annual science journalism workshop at the National Centre for Biological Sciences in Bengaluru, India. He is a freelance feature editor for the Proceedings of the National Academy of Science's Front Matter. He contributes regularly to the New Scientist, and has also written for Nature, National Geographic News, Discover, Nautilus, Matter, The Wall Street Journal and the UK's Literary Review. His first book, The Edge of Physics, was voted book of the year in 2010 by Physics World, and his second book, The Man Who Wasn't There, won a Nautilus Book Award in 2015 and was long-listed for the 2016 Pen/E. O. Wilson Literary Science Writing Award.