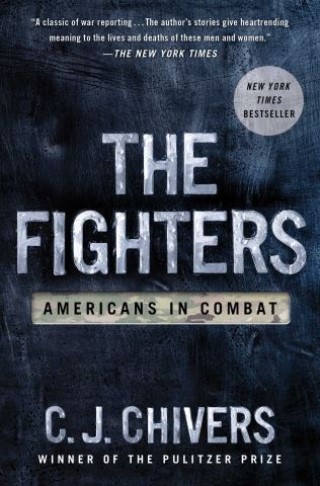 Pulitzer Prize winner C.J. Chivers’s unvarnished New York Times bestseller is a chronicle of modern combat, told through the eyes of the fighters who have waged America’s longest wars: “A classic of war reporting…there is no downtime in this relentless book” (The New York Times).

More than 2.7 million Americans have served in Afghanistan or Iraq since September 11, 2001, and C.J. Chivers reported on both wars from their beginnings. The Fighters vividly conveys the physical and emotional experience of war as lived by six combatants: a fighter pilot, a corpsman, a scout helicopter pilot, a grunt, an infantry officer, and a Special Forces sergeant.

Chivers captures their courage, commitment, sense of purpose, and ultimately their suffering, frustration, and moral confusion as new enemies arise and invasions give way to counterinsurgency duties for which American forces were often not prepared.

The Fighters is a “gripping, unforgettable” (The Boston Globe) portrait of modern warfare. Told with the empathy and understanding of an author who is himself an infantry veteran, The Fighters is “a masterful work of atmospheric reporting, and it’s a book that will have every reader asking—with varying degrees of urgency or anger or despair—the final question Chivers himself asks: ‘How many lives had these wars wrecked?’” (Christian Science Monitor).

C. J. Chivers: C.J. Chivers is a correspondent for The New York Times and a writer-at-large for the New York Times Magazine. His magazine story “The Fighter” won the 2017 Pulitzer Prize in Feature Writing. In 2009 he was part of a team that won the Pulitzer Prize for International Reporting for coverage from Afghanistan and Pakistan. Chivers served as an infantry officer in the United States Marine Corps in the Persian Gulf War and on peacekeeping duty during the Los Angeles riots. He is the author of The Gun and The Fighters.