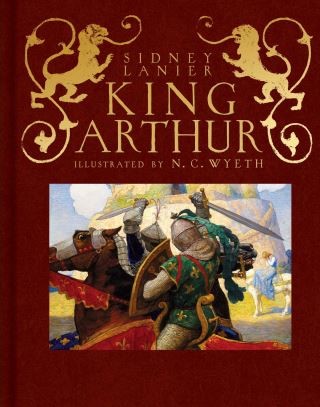 Rediscover the legend of Excalibur, King Arthur, and the Knights of the Round Table in this Scribner Classics keepsake edition of Sir Thomas Malory’s enchanting Arthurian legend.

Sidney Lanier: Sidney Lanier (1842–1881) was an American musician, poet, and author. He was a professor of literature at Johns Hopkins University in Baltimore, and is known for his adaptation of musical meter to poetry. Lanier also published a notable series of literary works about knightly combat and chivalry in modernized language.N.C. Wyeth (1882–1945) began his artistic career as a young adult. Born in Needham, Massachusetts, Wyeth traveled the American West extensively and drew what he saw. His prolific career includes three thousand works and more than one hundred book illustrations, including those for a majority of the Scribner Illustrated Classics series.