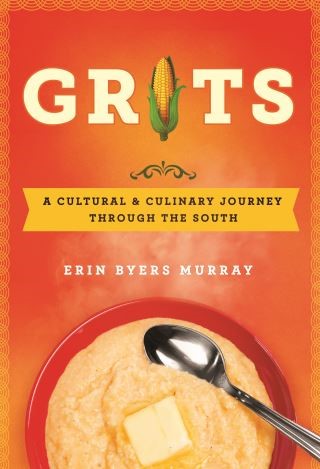 A Cultural and Culinary Journey Through the South

Grits is a fascinating cultural history and examination of the current role of grits in Southern cuisine.

For food writer Erin Byers Murray, grits had always been one of those basic, bland Southern table necessities—something to stick to your ribs or dollop the butter and salt onto. But after hearing a famous chef wax poetic about the terroir of grits, her whole view changed. Suddenly the boring side dish of her youth held importance, nuance, and flavor. She decided to do some digging to better understand the fascinating and evolving role of grits in Southern cuisine and culture as well as her own Southern identity.

As more artisan grits producers gain attention in the food world, grits have become elevated and appreciated in new ways, nationally on both sides of the Mason Dixon Line, and by international master chefs. Murray takes the reader behind the scenes of grits cultivation, visiting local growers, millers, and cooks to better understand the South’s interest in and obsession with grits. What she discovers, though, is that beyond the culinary significance of grits, the simple staple leads her to complicated and persisting issues of race, gender, and politics.

Erin Byers Murray: Erin Byers Murray is a Nashville-based food writer and magazine editor. Her first book, Shucked: Life on a New England Oyster Farm, won the New England Society Book Award in 2012. In 2014, Erin collaborated with Boston Chef Jeremy Sewall to co-author The New England Kitchen: Fresh Takes on Seasonal Recipes; the cookbook was nominated for a James Beard cookbook award in the American Cooking category and won the New England Society of New York book award for a specialty book in 2015. Erin has been the recipient of the Les Dames d’Escoffier MFK Fisher Award for Excellence in Culinary Writing and her work has appeared in three editions of Best Food Writing as well as publications including Food & Wine, the Boston Globe, The Local Palate, Lucky Peach, Edible Boston,Modern Farmer, Wine & Spirits, the Huffington Post, theatlantic.com, and more. Today, Erin is an editor and food writer for Nashville Lifestyles magazine.