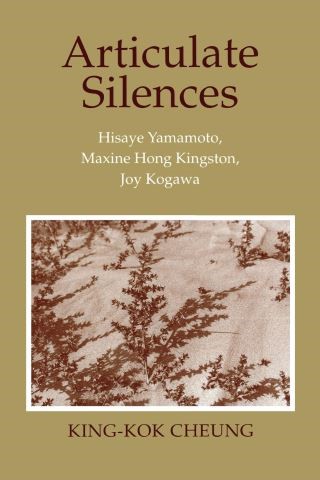 In this pathbreaking book, King-Kok Cheung sheds new light on the thematic and rhetoncal uses of silence in fiction by three Asian American women: Hisaye Yamamoto, Maxine Hong Kingston, and JoyKogawa. Boldly articulating the unspeakable, these writers break the silence imposed by families or ethnic communities and defy the dominant culture that suppresses the voicing of minority experiences. Yet at the same time, they demonstrate how silences—voiceless gestures, textual ellipses, authorial hesitations—can themselves be articulate. Drawing on theoretical works on women's writing, on ethnicity and race, and on postmodernism and history, Cheung takes issue with Anglo-American feminists who valorize speech unequivocally and with revisionist Asian American male critics who attempt to refute Orientalist stereotypes by renouncing silence. She challenges Eurocentric views of speech and silence as polarized, hierarchical, and gendered, and proposes an approach to Asian American literature which overturns the "East-West" or "dual personality" model. Yamamoto, Kingston, and Kogawa interweave speech and silence, narration and ellipses, autobiography and fiction as they adapt and recast Asian and Euro-American precursors. Drawing freely from both traditions, they reinvent the past by decentering, disseminating, and interrogating authority-but not by reappropriating it. A fresh and subtle response to issues relating to cultural diversity, Articulate Silences will be important reading for scholars and students in the fie,4s of literary theory and criticism, women's studies, Asian American studies, and ethnic studies.