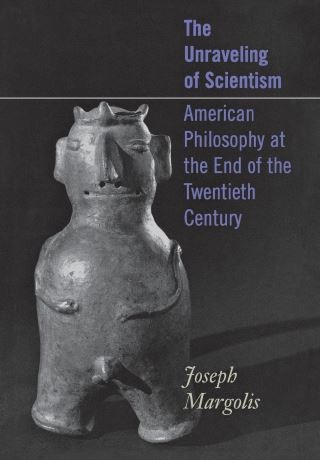 The Unraveling of Scientism

American Philosophy at the End of the Twentieth Century

The Unraveling of Scientism, a companion to Joseph Margolis's Reinventing Pragmatism, follows the thread of American analytic philosophy through the second half of the twentieth century, the period of its greatest influence and activity. Margolis finds that the distinctive features of analytic philosophy were effectively altered, at about mid-century, most pointedly by W. V. Quine. Surprisingly, this was a time of declining conceptual invention and originality among the leading strands of philosophy—pragmatism, logical positivism and the unity of science program, and the principal continental European movements.

The Unraveling of Scientism centers on the primary commitment of analytic philosophy through the twentieth century to what Margolis calls "scientism"—the conviction that an unyielding reductionism, applied universally but in an exemplary way in the sciences, can provide a convincing account of the most important philosophical puzzles of the human world, those centered on the nature of the objective world, our knowledge of reality, language, and human existence. Margolis examines the principal puzzles that the analytic movement has addressed and argues that in recent years its claims have been effectively stalemated, perhaps even defeated.