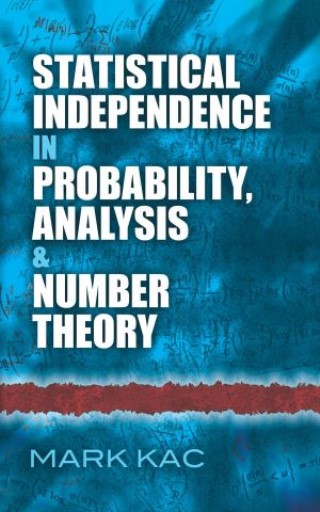 This concise monograph in probability by Mark Kac, a well-known mathematician, presumes a familiarity with Lebesgue's theory of measure and integration, the elementary theory of Fourier integrals, and the rudiments of number theory. Readers may then follow Dr. Kac's attempt "to rescue statistical independence from the fate of abstract oblivion by showing how in its simplest form it arises in various contexts cutting across different mathematical disciplines."
The treatment begins with an examination of a formula of Vieta that extends to the notion of statistical independence. Subsequent chapters explore laws of large numbers and Émile Borel's concept of normal numbers; the normal law, as expressed by Abraham de Moivre and Andrey Markov's method; and number theoretic functions as well as the normal law in number theory. The final chapter ranges in scope from kinetic theory to continued fractions. All five chapters are enhanced by problems.