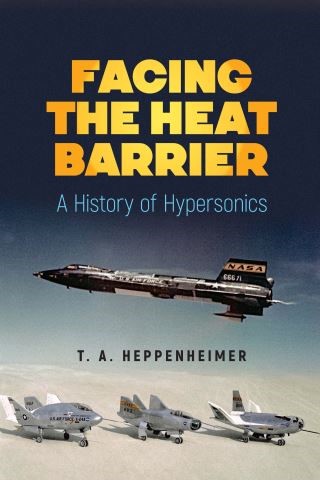 A History of Hypersonics

This volume from The NASA History Series presents an overview of the science of hypersonics, the study of flight at speeds at which the physics of flows is dominated by aerodynamic heating. The survey begins during the years immediately following World War II, with the first steps in hypersonic research: the development of missile nose cones and the X-15; the earliest concepts of hypersonic propulsion; and the origin of the scramjet engine. Next, it addresses the re-entry problem, which came to the forefront during the mid-1950s, showing how work in this area supported the manned space program and contributed to the development of the orbital shuttle.
Subsequent chapters explore the fading of scramjet studies and the rise of the National Aerospace Plane (NASP) program of 1985–95, which sought to lay groundwork for single-stage vehicles. The program's ultimate shortcomings — in terms of aerodynamics, propulsion, and materials — are discussed, and the book concludes with a look at hypersonics in the post-NASP era, including the development of the X-33 and X-34 launch vehicles, further uses for scramjets, and advances in fluid mechanics. Clearly, ongoing research in hypersonics has yet to reach its full potential, and readers with an interest in aeronautics and astronautics will find this book a fascinating exploration of the field's history and future.