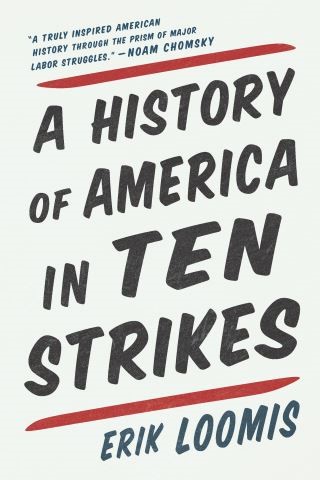 A History of America in Ten Strikes

Platform: Loomis blogs at the hugely popular site Lawyers, Guns, and Money, with 550,000 unique visitors for over one million pageviews a month, where his ongoing series “This Day in Labor History” (the basis for this book) won the 2011 Cliopatria Award from the History News Network

Media track record: Loomis’s Out of Sight was featured in Salon, Truthout, In These Times, The Progressive, The Fiscal Times, and on radio

Credentials: Loomis is a leading young scholar and public intellectual covering labor history. He is also an active commentator on contemporary politics, and his readers look to him to inform the present with knowledge of the past. He is listed on the “Professor Watchlist” of the right-wing Turning Point USA, alongside such other progressive threats as Brittney Cooper, Juan Cole, and Peter Singer

Material: Wonderfully accessible introductory format; there are no other obvious introductory texts in labor history

Serialization potential: Each chapter will stand alone and can be published as a “this day in history” format, for which Loomis is well known based on his online series of the same name