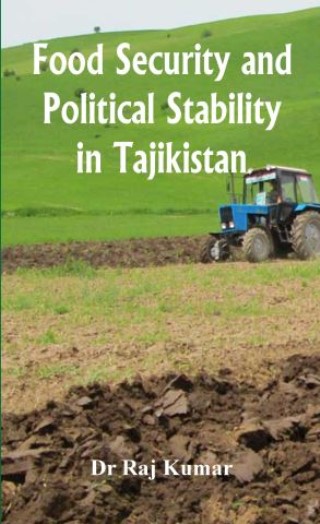 There are links between food security and political stability as was evident during the world food crisis of 2007-08. Food riots were witnessed in a number of countries contributing to political instability. There are a number of dimensions to the problem of food insecurity in Tajikistan. This book is an attempt to fill the academic void on Tajikistan, especially pertaining to its food security. This work traces the history of agriculture and food production in Tajikistan from mid-19th century when it came under Russian rule. From its inception, Tajikistan has been facing the ‘geographic handicap’ as it is a mountainous country and only 7 percent of the total land is arable which limits its food production. This book is a detailed study of how Soviet economic geography introduced intensive cotton cultivation in Tajikistan at the expense of food crops. Soviet economic planners felt that a region with hot climate and large water resources should not attempt to grow grains but cotton. In the contemporary context, this book focuses on how the state and international actors have responded to the food insecurity in Tajikistan. Most importantly, the book also analyses the relationship between food security and political stability in Tajikistan.