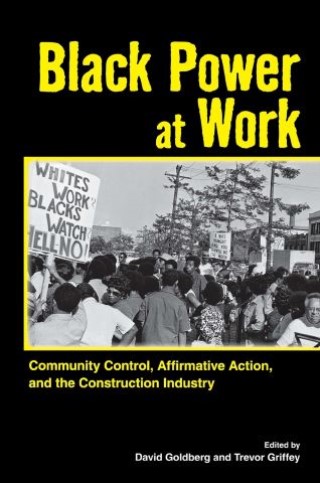 The history of Black Power's community organizing tradition shines a light on more recent debates about job training and placement for unemployed, underemployed, and underrepresented workers. Politicians responded to Black Power protests at federal construction projects by creating modern affirmative action and minority set-aside programs in the late 1960s and early 1970s, but these programs relied on "voluntary" compliance by contractors and unions, government enforcement was inadequate, and they were not connected to jobs programs. Forty years later, the struggle to have construction jobs serve as a pathway out of poverty for inner city residents remains an unfinished part of the struggle for racial justice and labor union reform in the United States.