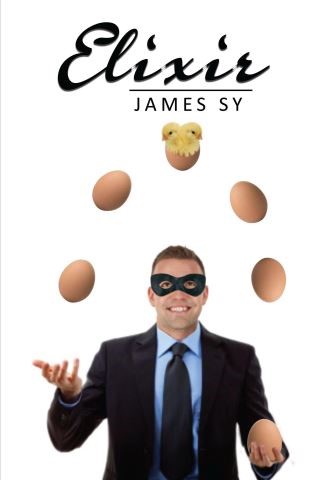 Elixir is a thrilling, highly entertaining science fiction novel. It is the first installment of a six-part sci-fi series. Book 1 slowly unfolds the events that lead a college sophomore to discover the powers he possesses, powers that are not of this Earth. This first installment is replete with religious themes and teachings. It also narrates the protagonist’s first encounter with an extraterrestrial being, and how he stumbles upon a miracle cure—an elixir. The protagonist’s father and missionary grandparents are used by the author to express his personal religious beliefs and convictions.This first installment of the Elixir series revealed the extreme potency and efficacy of the all-curing magical elixir when used by the mortally wounded extra-terrestrial. But there are very important differences when this alien-manufactured medicine is used by humans. Even the alien scientists working on this miracle drug were amazed and impressed by their findings. They found out about the incredible effects when it was used on some of their human guinea pigs. Much of Book Two of the six-part series will focus on the stupefying results of this wonder drug on humans—and all the good and bad things that might result as a consequence of the relative availability of the elixir. The magical elixir became a much in-demand, much sought-after, ultra-precious and valuable wonder drug. Not wanting to waste a grand opportunity to use these vials of magical elixir to benefit a swath of humanity, Jerry and his young son JT came out with this bold and brilliant move: they would auction off, to the highest bidders, a couple vials of miracle elixir. The brilliance of the plan is in the singularity of its purpose. Its sole purpose is to use the fund generated from the auction to benefit a wide swath of humanity. This is just a prototype, a scaled-down version of a grand vision. Because of the limitations presented by the availability of just a few vials of the miracle drug, a much grander and more magnificent version of the plan would have to wait. Book Two will solve the limited-availability problem of the magical elixir and will unfold the execution of the gloriously magnificent blueprint that the Almighty has planned to serve the poverty-stricken, hopeless, forsaken, and shunned segment of society.

James O. Sy is a Professor of Chemistry. His passion to write is inspired by his desire to satiate his charitable inclinations and also hopefully, to help realize his philanthropic aspirations.  Some of the royalties from this first installment of the Elixir Series will be used to help financially-challenged students at PCC. These projects include:  Lancer Food Pantry, Emergency Fund for Low Income Students and the Temporary Shelter for Students suffering from varying degrees of homelessness