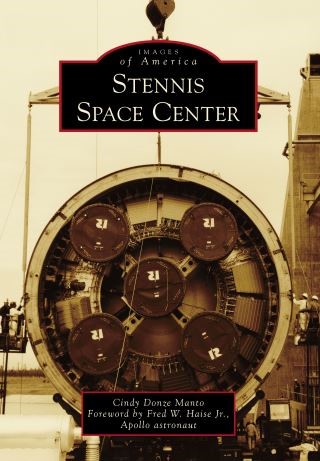 Originally known simply as Mississippi Field Operations, Stennis Space Center arose from the dissolution of two towns and several surrounding communities that had served the lumber industry since the 1800s. Its sole purpose was to static test the free world's most powerful rockets after they arrived by barge via the Pearl River. Spurred on by an intense Cold War race to the moon, the National Aeronautics and Space Administration (NASA) battled mud, mosquitoes, and snakes as it cleared the way for its colossal test stands for the Apollo program. When completed, the A & B Test Complexes towered between 200 and 400 feet high, the tallest structures in the state of Mississippi in 1965. Dr. Wernher von Braun, the first director of Marshall Space Flight Center, was fond of saying that "to get to the moon, we will have to go through Mississippi to get there!" Today, Stennis Space Center is NASA's largest propulsion test complex and also home to a diverse collection of resident agencies: federal, military, private, local, national, and international.

Cindy Donze Manto: Cindy Donze Manto, a historian, urban planner, and the author of Michoud Assembly Facility, has assembled a compilation of photographic images and maps culled from an array of libraries, museums, private collections, and NASA.