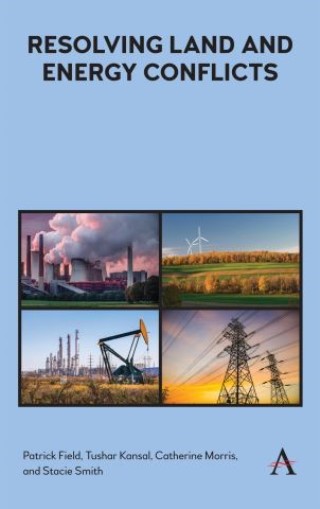 Unlike almost any other kind of land use – from dumps to houses to factories – state and sometimes even the federal government actively preempt local decision-making regarding the siting of energy extraction and production. The Consensus Building Institute looked at conflicts over land and found in the last ten years that rapid advances in technology in both renewables (primarily wind and solar) and gas and oil extraction have created a host of new and intensive land-use conflicts across the United States. Wind turbines, for instance, seemingly clean, lean and ‘sustainable’, have stirred intense conflicts among abutters, developers, and communities. A resurgence in US gas and oil production via hydraulic fracturing technology, resulting in lower costs, more domestic production and less dependence on unstable supplies of foreign oil, has created statewide bans, protest films and national debate about ‘fracking’.

‘Resolving Land and Energy Conflicts’ seeks to develop a view of energy in the landscape across gas and oil, wind, transmission and nuclear waste disposal. The first three create conflict because of rapid or the need for rapid development or expansion. Each of these energy types or facilities are generally considered a public good and expansion promises future benefit, but they have concentrated impacts that can cause localized adverse effects and controversy. The last, nuclear waste, creates conflict because it is a public ‘bad’ and a legacy of choices made decades ago for benefit that, in some ways, has already been delivered (affordable electricity through nuclear power coupled with a reliable base load generating source).

The authors are particularly interested in the conflicts that emerge from specific sites and proposals, as well as how this unique land use plays out in terms of conflict and resolution across scales and jurisdictions while touching on broader issues of policy and values. Though each energy type and its production (or disposal) is governed between various jurisdictions, with different impacts and benefits, each shares commonalities that can be explored further. ‘Resolving Land and Energy Conflicts’ briefly explains the general context around the energy type; the impacts and conflicts that have arisen given this context; the role laws, rules and jurisdictions play in mitigating, resolving or creating more conflict; and the ways in which communication, collaboration and conflict resolution have been or could be used to ameliorate the conflicts that inevitably arise.