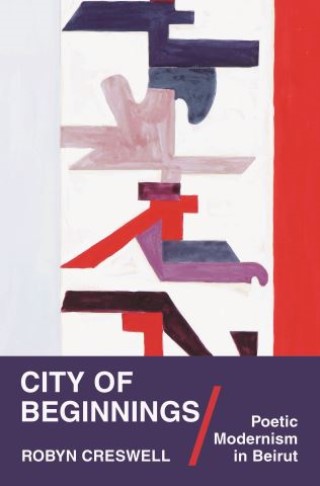 City of Beginnings is an exploration of modernism in Arabic poetry, a movement that emerged in Beirut during the 1950s and became the most influential and controversial Arabic literary development of the twentieth century. Robyn Creswell introduces English-language readers to a poetic movement that will be uncannily familiar—and unsettlingly strange. He also provides an intellectual history of Lebanon during the early Cold War, when Beirut became both a battleground for rival ideologies and the most vital artistic site in the Middle East. Arabic modernism was centered on the legendary magazine Shi‘r (“Poetry”), which sought to put Arabic verse on “the map of world literature.” The Beiruti poets—Adonis, Yusuf al-Khal, and Unsi al-Hajj chief among them—translated modernism into Arabic, redefining the very idea of poetry in that literary tradition. City of Beginnings includes analyses of the Arab modernists’ creative encounters with Ezra Pound, Saint-John Perse, and Antonin Artaud, as well as their adaptations of classical literary forms. The book also reveals how the modernists translated concepts of liberal individualism, autonomy, and political freedom into a radical poetics that has shaped Arabic literary and intellectual debate to this day.